The bigger projects ahead involve the compilation of what I call The Slices Collections.

These are a series of books containing an assortment of tales according to a theme specific to the collection.

Here is what to expect asap. 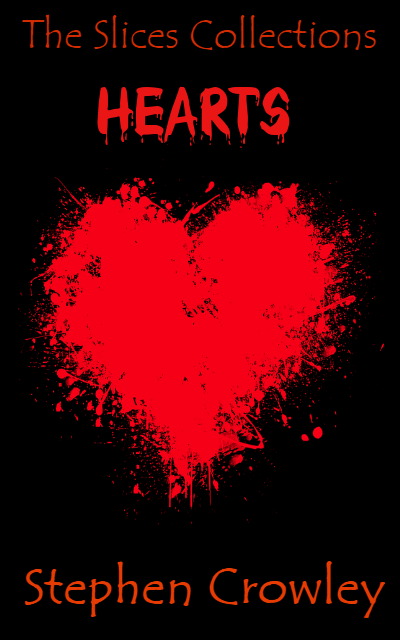 The light hearted side of the dark supernatural. It does have one. These tales deliver a quick heart wrenching read – with a bit of Christmas spirit, date night shocks and wedding blues thrown in.

The Last Dance
The spirit of Sarah’s dead husband visits on Christmas night to spend the evening with his beloved and dance by the fireplace, but it is time to say Goodbye.

Life After Luke
Luke cheats death quite well but the reaper is far from pleased. Struck by extreme melancholy over the loss of his love in a car crash, Luke may be willing to make a deal with Death as the New Year closes in.

Moonstone
After a forbidden love in secrecy for some time, Craig and Jane find themselves cornered in a town’s forest clearing on November 5th. With no way out, two dark kindred souls may need to abandon their love to appease the laws of darkness sworn between two families.

Date With Death
For Diane, a night at a swanky Italian restaurant in London with her date, Mike, won’t go smoothly. Not due to another bad date but the zombie Apocalypse brewing outside.

The Speech
The newly weds, Andy and Janine, find things take a turn at the reception dinner when an old flame from Andy’s past shows up. Good then that Janine’s family has a dark secret to reveal.

More tales on the way.

Along with Hearts, these two collections will be soon available to read here. 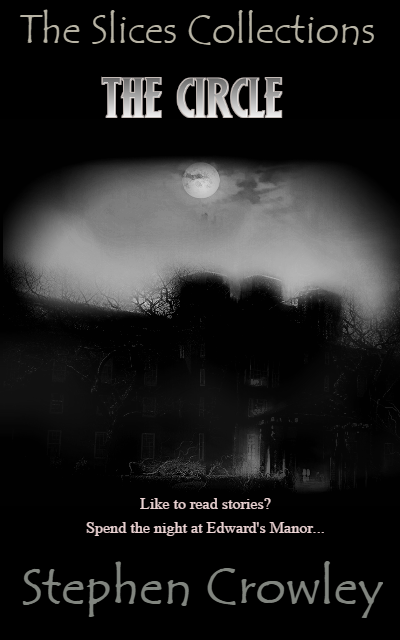 A different take on the horror anthology style released exclusively on my blog here in 6 parts during a beta reading stage up until the official release in 2020.

The series may be available on Amazon for free during the beta stage after a short period. The official release will be as one book around Halloween 2020.

An aged well-known horror author Edward invites top horror writers to a dinner evening at his beautiful estate on Halloween. He loves the old Galloway estate and cherishes the idea of a first writers’ circle at his home and listen to their stories – and to share his tale. After dinner, each writer chats and then tells a tale, their darkest tales through the night before the night’s hidden surprise from Edward is revealed.

Like Edward, the writers achieved worldwide recognition of their tales and are known to be among the best independent horror authors.

Before Edward’s twist in the night’s tale…

What is Matt seeing through intense visions as the night draws on? A hidden truth slowly unveils through Matt’s horrible psychic flashes.

And who is the shadow man, lurking around the grounds with a keen eye on Edward? Why is he creeping into the guest rooms and walking the gardens of Edward’s manor.

And the apparition of a woman in red, face unseen behind a flow of hair, walking Edward’s corridors.

As Halloween night seeps into the early hours of November, the group tell stories.

As the tales are read and the fire crackles, the lands of fiction and reality meet as secrets unearth to bring a true night of terror to the circle.

Six tales are read by the writers. They comprise of,

Dreams Come True by Dan Moore, is the name of an app promising to grant any wish but at a price. An app promises everything if you can handle its terrifying bill,

A demon wandering the spaces between worlds never could foresee how love would transform its needs in Syd by Felicity Jones,

All hell unleashes on Earth during a spectacular once in a lifetime cosmic show bringing all hellish creatures with it in Night Of The Meteor Shower by David Brown,

Nature turns on the human race in a swift apocalypse and Harold must also face trouble at home in Cactus by Tom Madison,

Killing a seagull at a peaceful welsh seaside town spells doom in the form of a flying curse for the people in Time of the Gull by Matt Robinson,

Two young lads defy the curse of a dead evil witch in Money Or Your Soul by Mary White.

While the writers sift from one reading to another, a vengeful soul, a dark passenger from the past and a ghastly truth clambers to the surface.

The past, echoes of madness and death wander the hallways of Ed’s Manor, and a malicious act conceived by the host will reveal itself. 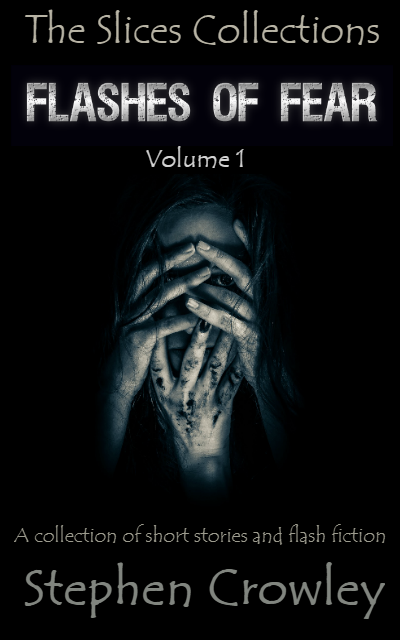 A new volume in the Slices Collections series with short bite sized tales in varied lengths between 500 and 5000 words.

Served up: a feast of short delights, a mixture of flash fiction and short tales take you by the hand through micro stories deep in the realms of darkness and beyond.

Each of the 14 tales presents sharp scares and chills to quicken your heart beat. The tales lead you through a dark place, a place beyond our own yet so easily found, a domain where all things inhuman and the darkness in humanity touches the soul.

During the beta stage, tales will be updated over a period.

The Circle will be released in 6 parts.

More tales will be posted over the next 6 months.

Please follow to get updates on The Slices Collections :)

error: The stories are free to read. If you wish to receive a copy, please check back soon for options to read the books on Kindle, Kobo, PDF, and to download a copy.